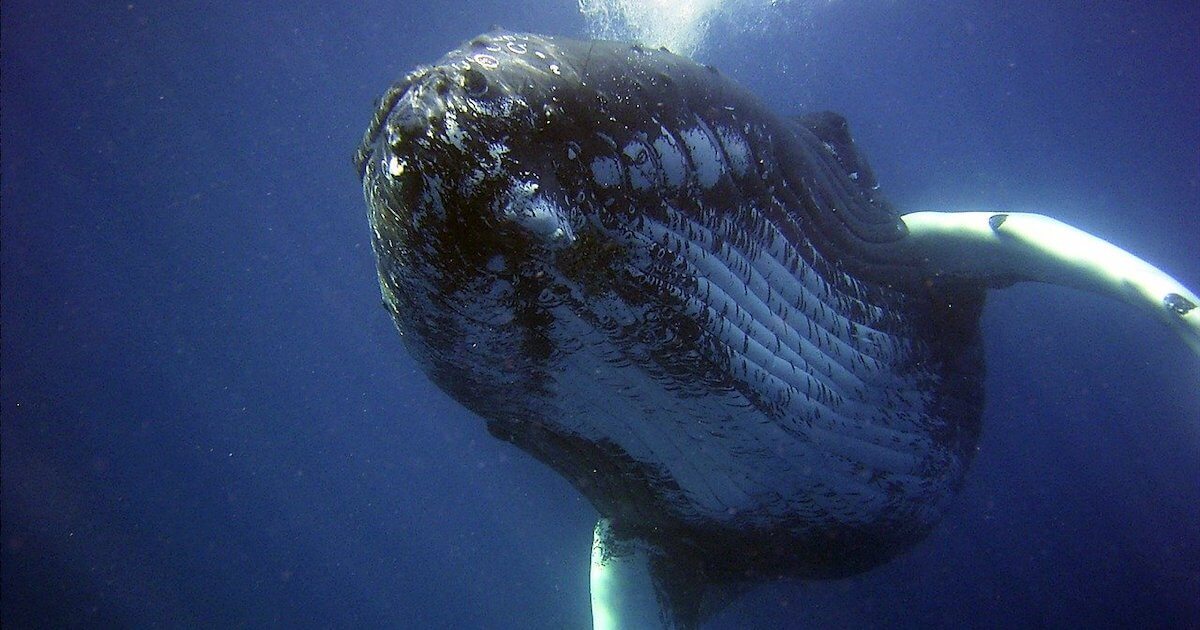 From mid-January through early March, the warm waters surrounding Turks and Caicos receive an influx of the islands’ biggest, most splashy guests. It’s when a large migration of humpback whales make the long swim from their chilly Arctic homes to mate and give birth in the Caribbean. Can you blame them? Their annual migration results in excellent opportunities for whale watching in Turks and Caicos.

Here are some interesting facts about humpback whales that will make you appreciate them even more in preparation for whale watching in Turks and Caicos:

Humpback whales (Megaptera novaeangliae) are a species of baleen whale. Instead of having teeth, baleen whales have baleen plates and visible chin grooves that enable their enormous mouths to expand and take up large gulps of krill-rich water. While their chin grooves work like an accordian door, their baleen plates function like a strainer, allowing the water to be released before the krill is swallowed.

They’ve Been Fasting Long Before it was Trendy

Humpback whales consume all of their calories during the summer months which they spend in cooler, Arctic waters. They feed for up to 22 hours per day on a diet of small fish and krill. They need to put on enough calorically-dense blubber to sustain them during the winter months—when they migrate to warmer waters for baby-making and baby-birthing before returning home again.

Can you imagine swimming, birthing and nursing for 5-6 months without eating? Baby whales, however, do feed on their mother’s nutrient-rich milk for up to 7 months before weaning. 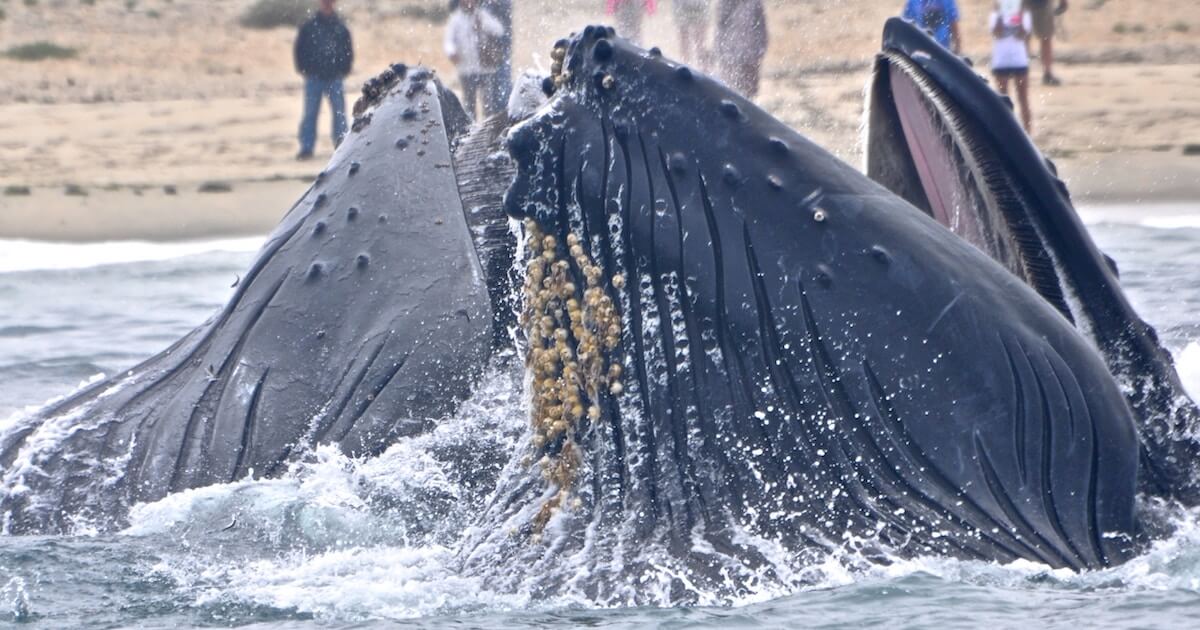 Humpback whales enjoy solitude, but are known to come together in temporary pods–especially when engaging in a cooperative hunting technique referred to as “bubble netting.” Small groups of hungry humpbacks work together to essentially confuse and herd small fish with a makeshift net of bubbles they make with their blowholes. Once the “bubble net” has succeeded in rounding up dinner for everyone, one whale sounds a call that serves as their proverbial dinner bell, indicating that it’s time to eat. At once and in unison, the whales all rise to the surface with their gargantuan mouths wide open. It’s teamwork at its finest.

Even more intriguing is how not all humpbacks use the same hunting technique. Experts have discovered that the bubble netting technique is a learned and taught behavior; not instinctual.

While you won’t witness bubble netting when you go whale watching in Turks and Caicos, it’s something to look forward to witnessing if you ever find yourself vacationing in the Arctic or Alaskan waters during the summer months.

They’re Known for Being Nice

Humpback whales seem to enjoy occasional interactions with other cetaceans including bottlenose dolphins. Experts have also observed altruistic behaviors in humpback whales, which doesn’t just apply to helping members of their own pod or species; humpbacks have been known to even help safeguard other mammals such as seals from predators.

During mating season, it’s not uncommon for a male humpback to come to the aid and protection of nursing females, even if they aren’t the baby’s father.

The Males Are Avid Opera Singers

Move over Bieber, these fellas have pipes that’ll put you to shame!

Male humpback whales are known for their impressive whale songs which last for 10 to 20 minutes and are repeated for several hours at a time. Experts surmise that the males use their complex vocalizations to serenade and attract females, as well as potentially being used for echolocation purposes and to indicate territory to other competing males.

The males create their remarkable ballads from their throats. Each group of males will have their own signature song which they repeat all mating season before changing it up each subsequent year–sort of like a rock band releasing a new chart-topping track while already being on tour!

Belly Flops Can Be Sexy 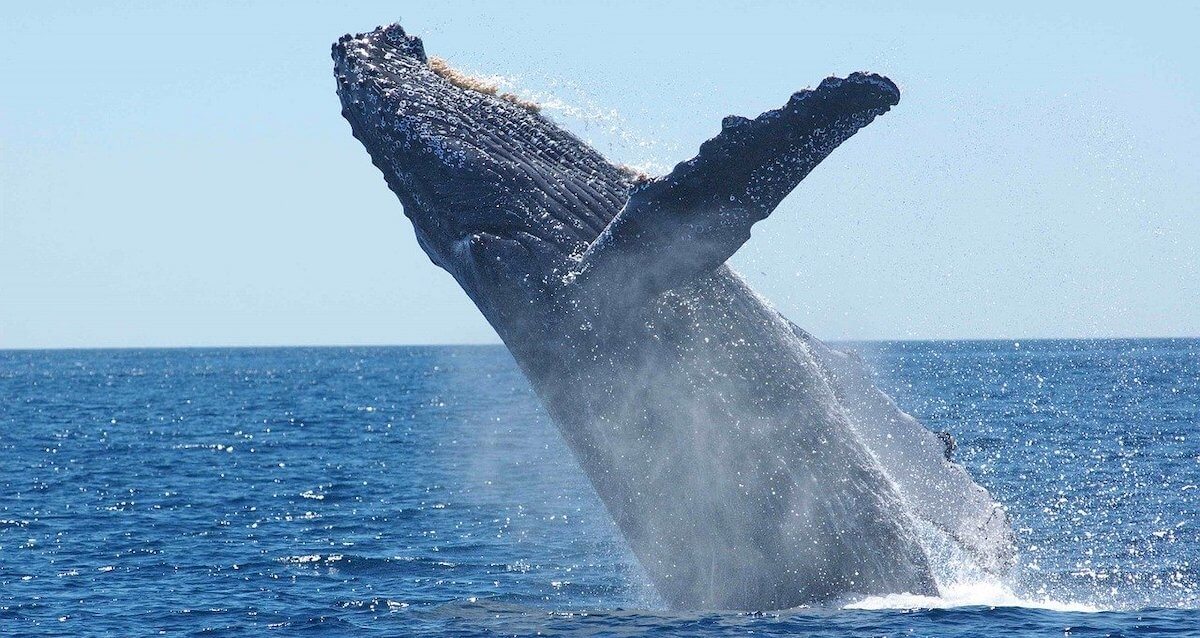 Well, according to male humpbacks’ impressive surface behaviours in the name of courtship, they must be! Enormous males are known to launch themselves into the air above the water before performing the world’s largest mammalian belly flop. Tail and pectoral fin slapping are also common displays that you may be fortunate enough to see when whale watching in Turks and Caicos.

The grandiosity of humpback whales can only truly be realized and appreciated when you’re alongside them during a whale watching encounter.

Adult humpback whales are typically between 39 – 52 feet long, weighing in around 24 – 30 metric tonnes. They have the longest pectoral fins of all whale species, measuring ⅓ of their total body length.

Humpback whales reach sexual maturity between the ages of 4 and 8 years, and, on average, females only breed every two or three years. The gestation period of humpback whales is around 11.5 months. They give birth to a single baby which they nurse for up to 7 months.

Baby humpback whales are born big. They tend to be 10-12 feet in length and weigh 1 – 1.5 tonnes at birth. They typically stay with their mothers for about one year.

Female humpback whales that migrate to the Caribbean waters to mate will return around the same time during the following year to give birth. Seeing a newborn humpback whale alongside its proud mama while whale watching in Turks and Caicos is really something to behold.

They Can Be Friendly Towards Land-Leggers 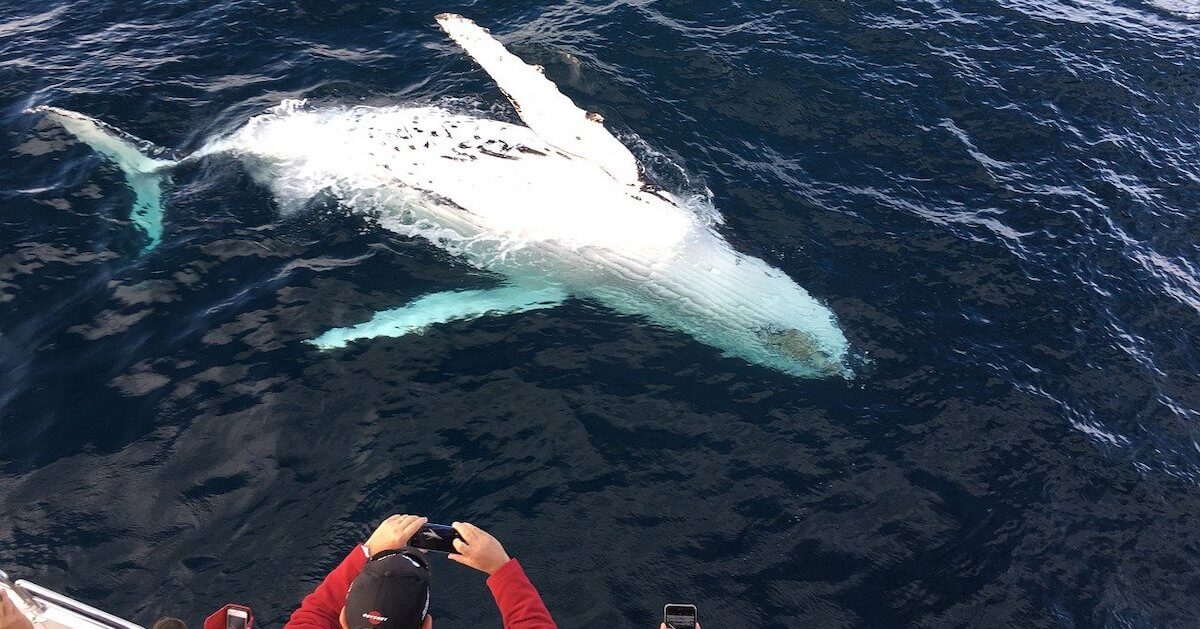 One of our favourite things about humpback whales is their tendency towards being inquisitive, tolerant and even friendly towards humans. It’s not uncommon for humpback whales to approach divers, snorkelers and small boats with their babies. 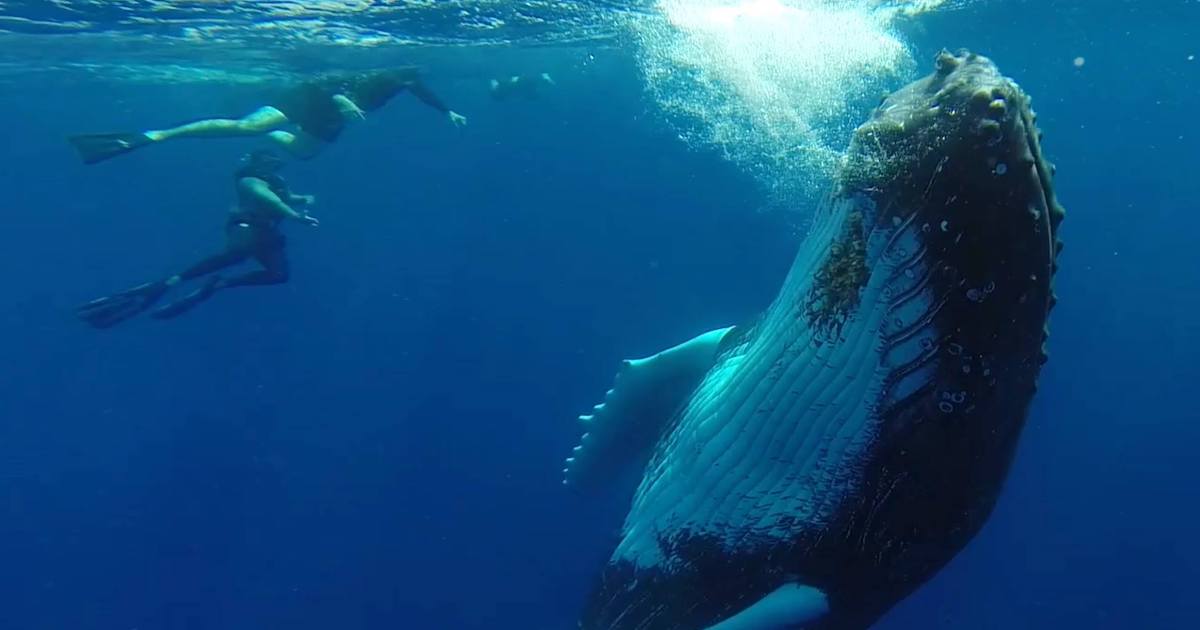 From late mid-January through early-March, select charters throughout Providenciales, Turks and Caicos adjust their year-round tours to increase the likelihood of enjoying whale and dolphin encounters.

Reputable whale watching charters never chase whales! When whales are seen nearby, they’ll keep within a respectful distance before turning off their engines and allowing the whales to do the approaching.

While encountering whales cannot be guaranteed, charters such as Big Blue Collective offer the once in a lifetime experience of swimming and snorkeling with wild dolphins and whales (when the opportunity to do so arises–and it does, quite often). Like us, humpback whales have moods, and an expert guide will know how to best ascertain when it’s safe to get in the water with these magnificent cetaceans–and if you do, it’s an experience you’ll never forget. 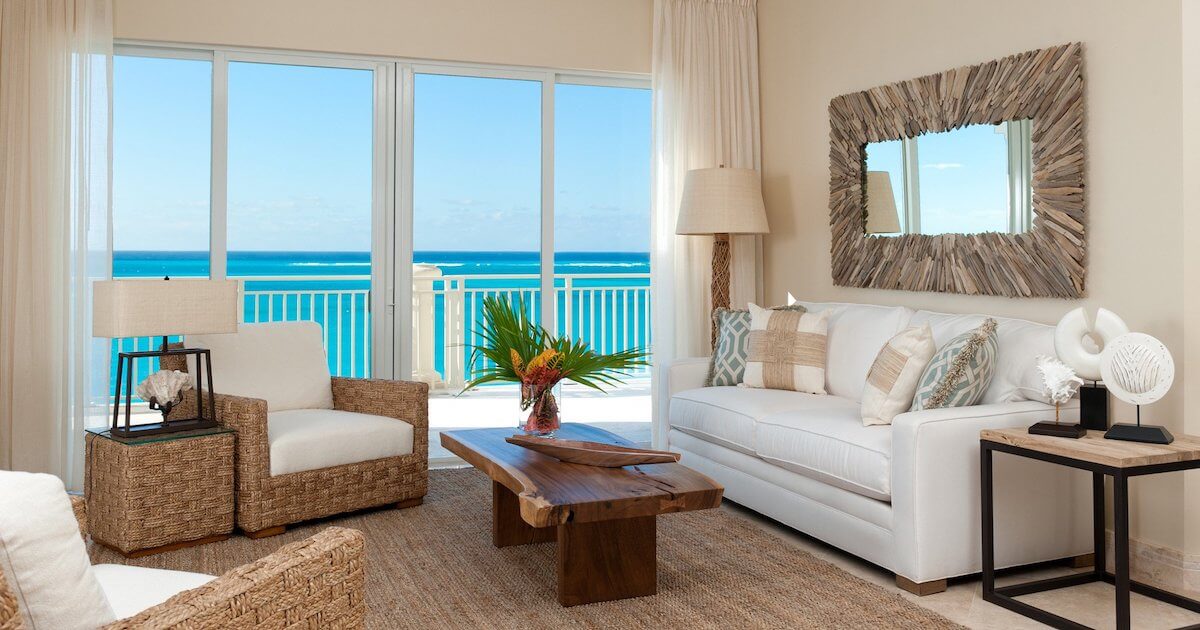 Plus, the Venetian places you within a short 5-minute minute drive away from the island’s best shopping, dining, spas and activities.

To make things even better, you can save up to 40% on all room types when you take advantage of one of our seasonal promotions.